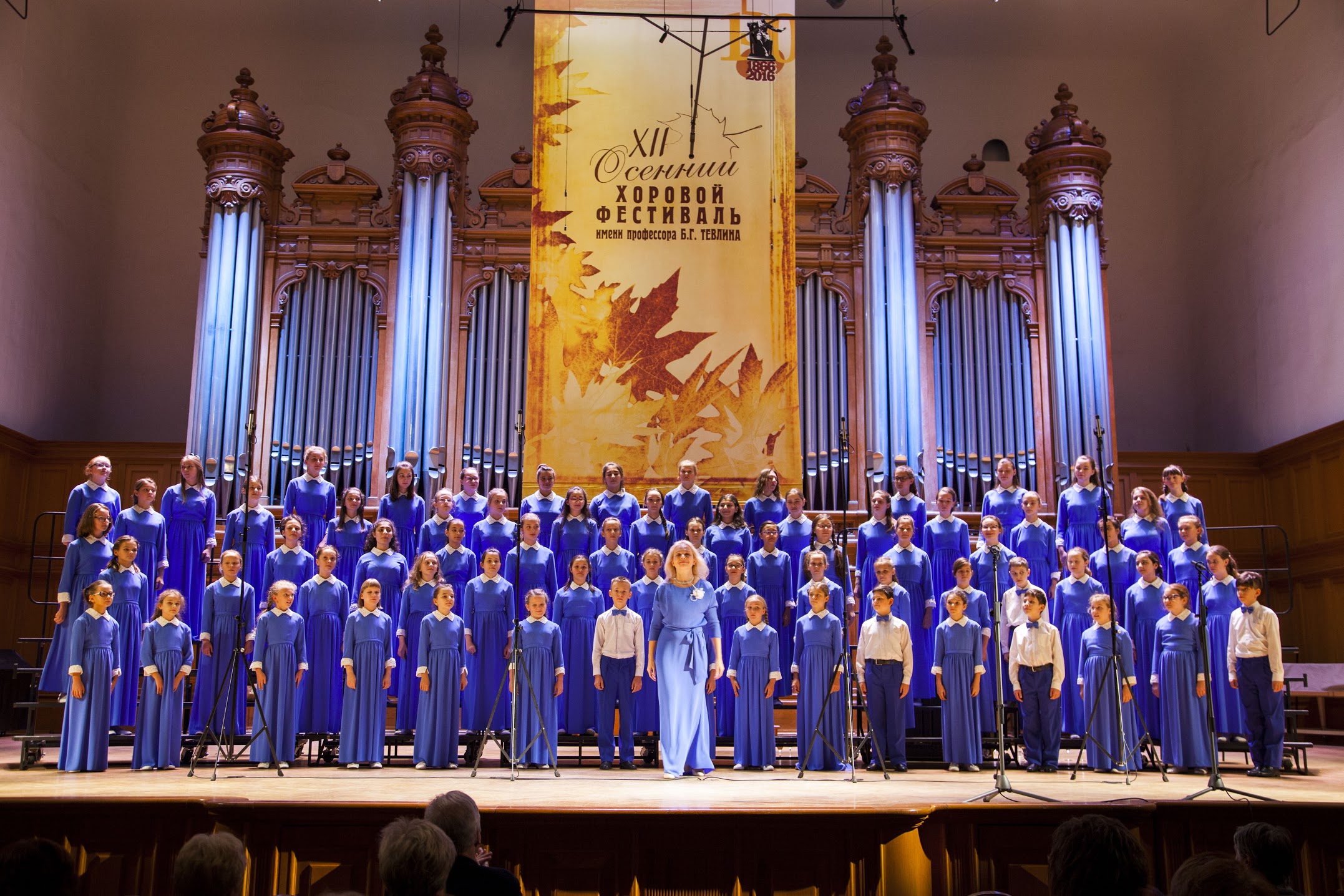 Aleksander S. Ponomaryov (1938 – 2012), Distinguished Artist of Russia and the laureate of international competitions, was the principal of the school and the artistic director of VESNA Choir for almost 50 years. Since 2012 the choir has been conducted by Nadezhda Averina, Mr. Ponomaryov’s former student, Honoured Artist of the city of Moscow and the laureate of international competitions.

VESNA children’s choir is well-known in Russia and abroad. The choir has been awarded the most prestigious prizes at international competitions in Spain, Italy, France, Canada, Bulgaria, Hungary and Belgium. In 2000 the choir won the Great European Choral Award among all the choirs of all types including the adult ones – “Europe-2000 Grand Prix”.

The latest VESNA achievement is the Grand Prix at 27-th International choir competition in Debrecen (Hungary) in 2016.

VESNA has performed with its concert programs in 12 countries of Europe, Canada, Japan and China, as well as in about 50 cities and towns of Russia.

The Choir has sung in the best concert halls in Moscow with many famous orchestras and conductors (V. Fedoseyev, M. Pletnyov, V. Minin, V. Ovchinnikov, A.Buzlov and others).

The Choir’s repertoire is wide and varied. During these years it has sung hundreds of pieces of classical music of different times, countries, styles and genres. The choir’s programs have been recorded by record companies and by both radio and television.

“Vesna” is a choir that is distinguished by the originality of creative approach, a refined taste, impeccable singing technique, inimitable on-stage expression and in-depth interpretation. It is a singing ensemble that stands out to the point of being considered an artistic benchmark for the modern choir art as performed by children. This is a community that for five decades has been giving its listeners a gift of happiness and joy through its spring-like art.