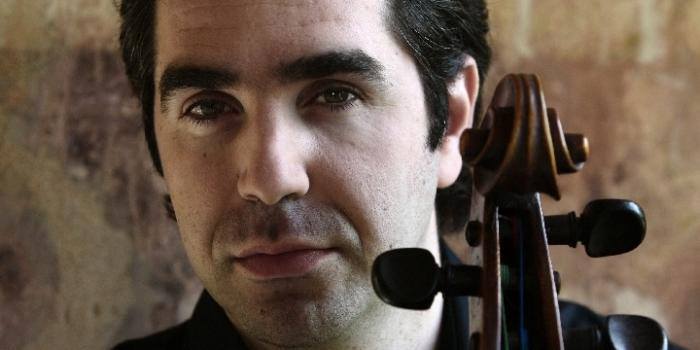 Cellist Mikayel Hakhnazaryan is known as a versatile musician in the world of classical music – as a soloist and as chamber music artist. He is a member of the Kuss Quartet, with which he is performing worldwide in all concert halls like the Philharmonie Berlin, Carnegie Hall New York, Wigmore Hall London, Musikverein Vienna and at festivals as Rheingau Festival, Salzburg and Lucerne, to name a few.

Born into a musical family, Mikayel continued his studies after graduation from the State Conservatory in Armenia with Tibor Varga and Marcio Carneiro in Sion and completed them at the Musikakademie Basel with Prof. Ivan Monighetti. He was deeply inspired by Steven Isserlis, attending his master classes numerous times.

During his studies in Switzerland he appeared regularly as a soloist with the Chamber Orchestra Tibor Varga and with the Armenian Philharmonic Orchestra as well as with the National Youth Symphony Orchestra of Armenia. At that time he was a member of the Basel String Quartet and the Zurich String Trio. Mikayel was Principal Cello at the Basque National Orchestra, Lucerne Symphony Orchestra, Camerata Bern, Kammerorchester Basel, Gstaad Festival Orchestra, Cappella Andrea Barca, among others.

Since 2014 Mikayel Hakhnazaryan is Principal Cello of the Munich Chamber Orchestra and is regularly guest at the Berlin Philharmonic Orchestra and their chamber music groups (12 Cellists/Scharoun Ensemble).

In the past season 2015/16 Mikayel performed as solist with the Armenian National Youth Symphony Orchestra, Munich Chamber Orchestra and the Georgian Chamber Orchester Ingolstadt. Mikayel plays on a C. G. Testore cello made in 1690.