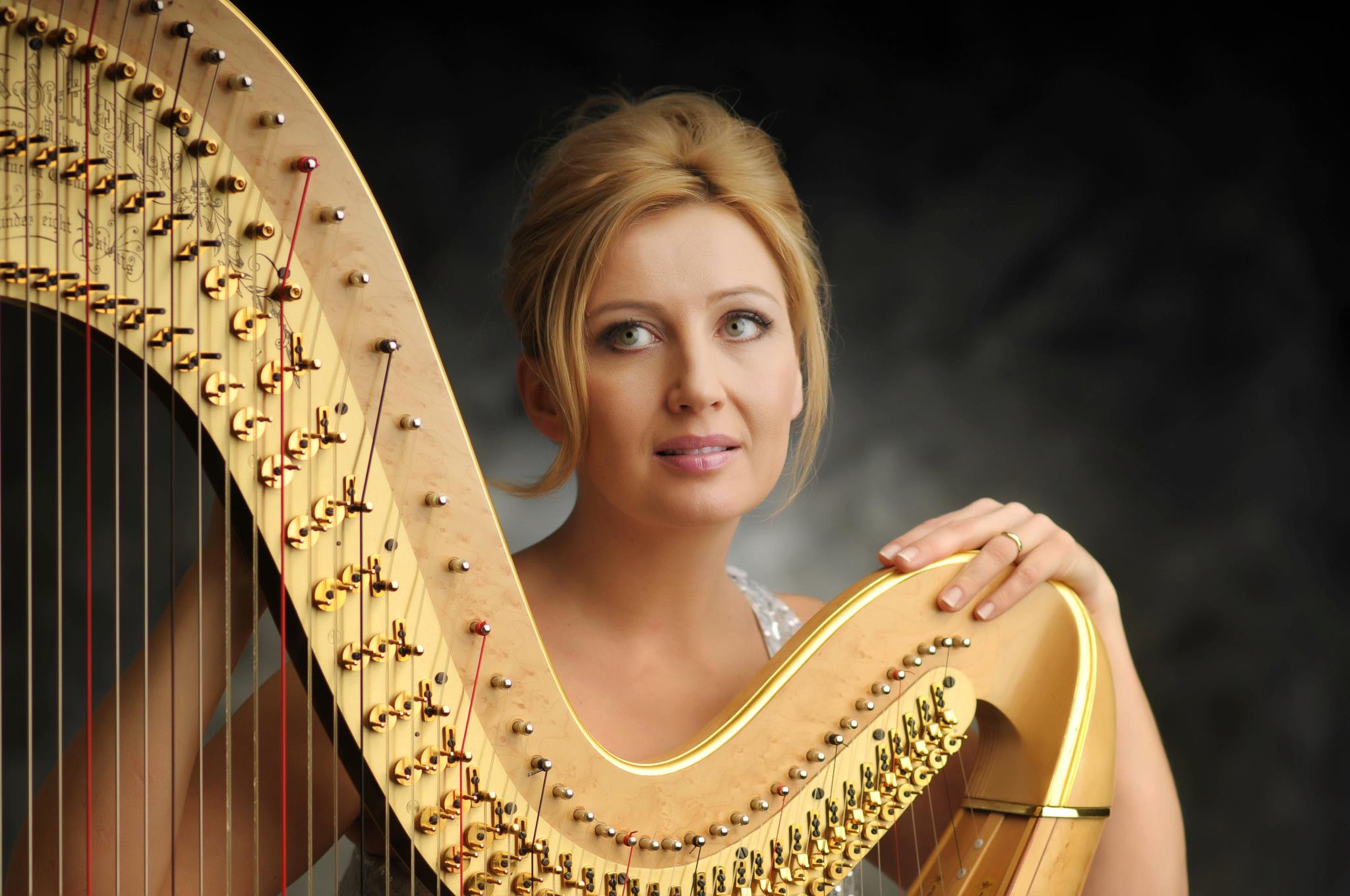 Jana Boušková belongs to the elite category of the world renowned harpists, who are thanks to their distinct artistic qualities invited to the most prestigious world scenes. Furthermore, Jana Boušková as an outstanding personality forms the harp repertoire and technique at the world level. The world acclaimed artist from the USA – prof. Susan McDonald – has qualified Jana Boušková as a talent of the century and the world reviewers rate her performances in similar way and emphasize especially breathtaking technique perfection, brilliant precision, esprit, profoundness, etheric sensitivity and power of her expression. Moreover, Jana Boušková together with her professor and mother Libuše Váchalová are discoverers and authors of some adaptations of distinguished compositions of the Czech repertoire, e.g. Vltava (Moldau) by Bedřich Smetana, or the compositions by Antonín Dvořák or Josef Suk, which considerably enriched the world harp repertoire.

Thanks to her distinct artistic successes Jana Boušková rapidly became a very demanded harpist performing on the prominent stages all over the world as a soloist as well as in cooperation with such interpreters like Maxim Vengerov, Jurij Bashmet, Patrick Gallois, Jiří Bárta, Christian Tetzlaff, Sharon Kam or Mstislav Rostropovič. This renowned cello virtuoso asked for the contact on Jana after listening to her performance in radio. Later, Jana premiered with Mstislav Rostropovich the compositions by Ravi Shankar in the frame of the festival in Evian (France) among others. Jana Boušková regularly performs as a soloist as well as in chamber ensembles at important Czech and world concert venues and festivals.

The following performances rank undoubtedly among her most prestigious ones: the solo recitals in Alice Tully Hall – Linconl Centre (New York), in the Thėâtre Châtelet in Paris, in the Wiener Musikverein, in the frame of the IMF Prague Spring, Berliner Festtage etc.

Jana Boušková performed at the Gala concert to the 50th birthday anniversary of Jurij Bashmet in Moscow, she participated in the Grand Tour in Israeli and Europe together with the violinist Maxim Vengerov, with whom she among others performed the world premiere of the composition Maximum by Benjamin Yusupov for four solo instruments and the orchestra. In the field of chamber music she cooperates with a number of outstanding interprets in the frame of the Spannungen Festspiele in Germany, Parry Sound in Ontario, Festival des Laureats Juventus Cambrai or Elba Isola Musical in Europe or Théâtre de la Ville together with flautists Emmanuel Pahud and Mathieu Defour, harpist Marie-Pierre Langlamet, or grand tours with flautist Patrick Gallois.

Jana Boušková graduated from the Prague Conservatory and Ostrava University where she studied in the class of prof. Libuše Váchalová. She continued studying at the prestigious Indiana University with prof. Susann McDonald. Jana Boušková is the only Czech harpist who won the world’s most important and acknowledged international harp competition – in 1992 in the USA. In the same year she was awarded the 2nd prize in the competition with the oldest tradition in the world in Israel as the only Czech artist to be invited ever.

Among other numerous successes let us name victories in Concours International de Musique de Chambre in Paris and in Torneo Internazionale di Musica in Italy. Jana Boušková was honored for outstanding concert successes and contribution to the harp field in Switzerland and is also the laureate of the Juventus Festival in France. In the Czech Republic she was awarded the Prize Talent of the year 1996 and as one of ten most important Czech women and as first interpret of the classical music ever she was awarded the Prize Lady Pro.

Besides the solo career Jana Boušková devotes herself to pedagogical activity and teaches simultaneously on the Royal Academy in Brussels (Koninklijke Conservatorium Brussels) and on Music Faculty of the Academy of Performing Arts in Prague. Since 2005 Jana Boušková is a solo harpist of the Czech Philharmonic Orchestra. She is being regularly invited to participate in world renowned harp congresses and symposiums including International harp competition in the USA, France, Israel and else where and leads masterclasses all over the world. She teaches at prestigious schools including Indiana University in the USA or Haute Ecole de Musique in Geneve. In 1999 she was the artistic director of the 7th World Harp Congress in Prague.

Since 2000 she has been a member of the Artistic Board of the Academy of Performing Arts in Prague and the Czech Philharmonic Orchestra.

Jana Boušková has recorded more than twenty CDs for Czech and international labels, radios and television companies. In 2004 EMI published a recording of her concert in the frame of the German festival Spannungen.

Jana Boušková is the official player of the prestigious Lyon & Healy harp producer and plays the instrument by this US company that she won on the International Harp Competition in 1992 in the USA.