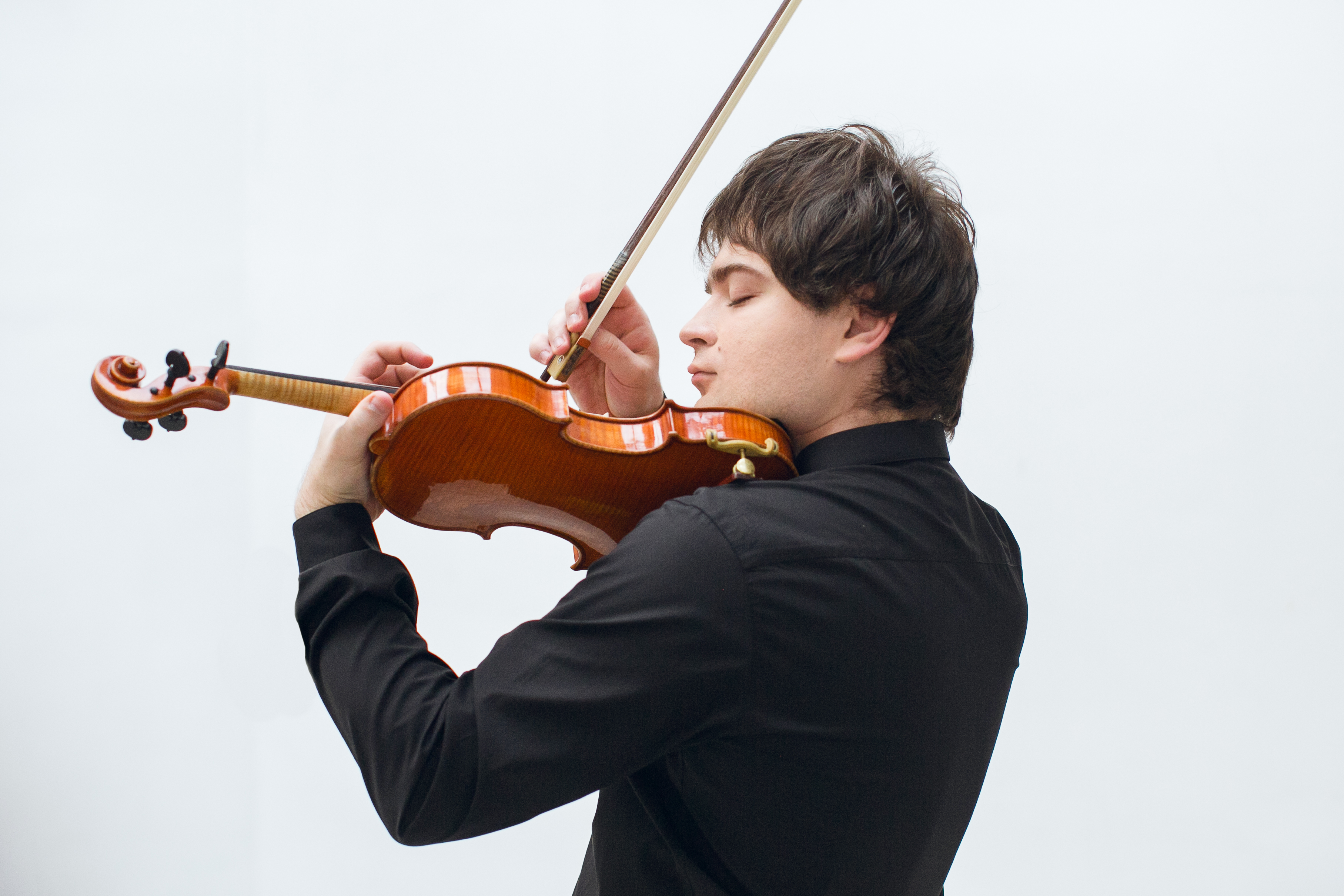 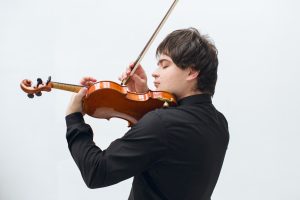 “Be prepared to be amazed by the twenty-five year old Russian virtuoso, Ivan Pochekin, winner of the Paganini Moscow Violin Competition when just eighteen.”

The disc stands out for its crisply defined recording and for the exceptional playing of Ivan Pochekin, whose pure tone, wide expressive range and precise articulation and tuning bring Paganini’s ideas vividly to life. The concerto’s Andante is especially eloquent in Pochekin’s hands and the high passagework in the outer movements has authentic force and brilliance.

The other two items are both excellent: I palpiti’s variation i
n double‑stopped harmonics, taken quite slowly, sounds truly beautiful. And the Moto perpetuo is just as spectacular—wonderful bow control and a lively sense of rhythm. I’m sure even Paganini himself would be impressed. © 2013 Gramophone

Ivan Pochekin was born to the family of the renowned violin maestro Yuri Pochekin. At the age of five he began to study the violin with teacher Galina Turchaninova while at the age of seven he made his first appearance with a symphony orchestra. For ten years he also continued to study music under the tuition of his mother.
He studied at the Central School of Music of the Moscow State Conservatoire (class of Maya Glezarova), the Academic School of Music of the Moscow Conservatoire and the Hochschule für Musik in Cologne (class of Viktor Tretyakov).
In 2002 he made his debut at the Great Hall of the Moscow Conservatoire, performing Prokofiev’s Second Violin Concerto under Anatoly Levin.
In 2005 he was a prize-winner at the III Moscow International Paganini Competition and the Václav Huml in Zagreb.
Has received grants from the Yuri Yankelevich Foundation, the Ministry of Culture of the Russian Federation (2002) and thee Musik & Jugend foundation in Lichtenstein (2006). Has taken part in international festivals in Russia and abroad. Has appeared with the State Academic Svetlanov Symphony Orchestra of Russia, the Mariinsky Orchestra, the Academic Symphony Orchestra of the Moscow Philharmonic, the National Philharmonic Orchestra of Russia, the Moscow State Academic Symphony Orchestra under Pavel Kogan, the Bolshoi Tchaikovsky Symphony Orchestra, the Russian National Orchestra, the Ural Philharmonic Orchestra, the Russian State Chamber Orchestra, the Zagreb Philharmonic Orchestra, the Dubrovnik Symphony Orchestra, the Oviedo Philharmonic Orchestra, the Chamber Orchestra of Germany and the Basel Symphony Orchestra.
Has collaborated with conductors including Valery Gergiev, Vladimir Spivakov, Mikhail Pletnev, Mark Gorenstein, Yuri Simonov, Vladimir Fedoseyev, Gintaras Rinkevičius, Friedrich Haider, Mladen Tarbuk, Yevgeny Bushkov, Sergei Skripka, Dmitry Liss, Ignat Solzhenitsyn, Alexander Sladkovsky, Jan-Latham Koenig, Fabio Mastrangelo and Charles Olivieri-Munroe among others.
Has given recitals on numerous occasions at the Moscow Conservatoire, the Tchaikovsky Concert Hall, the Lisinsky Hall in Zagreb, the Bunka Kaikan concert hall in Tokyo and the Auditorio in Oviedo.
Following his victory at the III Moscow International Paganini Competition, Pochekin recorded a CD of works by Paganini and Chausson. This project was achieved with support from the Violin Fund.
In 2006 the violinist recorded a disc featuring music by Prokofiev Szymanowski, Tchaikovsky, Stravinsky and Khachaturian together with pianist Margarita Kravchenko (Philartis). The violinist also concluded a contract with Naxos to record two albums of works by Paganini. Following their release, both albums received great acclaim from the critics.
The musician has given acclaimed concerts in Spain, Austria, Germany, France, Italy, Croatia, Poland, Japan, South Korea, Moldova, Lithuania and Mexico as well as throughout Russia.
In 2008 and 2013, at the invitation of Denis Matsuev he took part in the Crescendo festivals in Kaliningrad and Pskov. In 2014 he gave a recital at the Musical Kremlin festival and the Easter Festival.
Appears together with renowned musicians including Boris Berezovsky, Rainer Schmidt, Tatiana Grindenko, Alexander Kniazev and Alexander Ghindin, as well as with younger colleagues such as Artem Dervoed, Filipp Kopachevsky and Yuri Favorin.
Ivan Pochekin also performs the viola, appearing as a soloist and in duets with his brother, the violinist Mikhail Pochekin (Duo Pochekin).
The musician’s future projects include an appearance at the Musical Kremlin festival, concerts as part of the Russian National Orchestra’s Grand Festival, the Moscow Philharmonic subscriptions Stars of the 21st Century and Romantic Concerti and tours throughout Russia, Europe and Asia.